Delta Air Lines has placed an order for ten additional Airbus A330-900 aircraft – an order valued at $2.96 billion at list prices.

The airline will start to receive their A330neos in 2019, and will use them to replace their aging Boeing 767-300ERs, which is part of their medium to long term plans for its widebody fleet.

Chief Executive of Delta Air Lines, Ed Bastian, reflected on the order in the following statement:

“The A330-900 is going to be an important addition to Delta’s fleet. Airbus has infused this next generation of the successful A330 family with new technology and features providing advanced levels of comfort for our passengers and significant operating cost reductions that will make our airline stronger in the decades to come.”

Delta is the only airline in the United States that has an order for the A330neo, after American fell for the Boeing 787 Dreamliner and United continues to analyse options from Boeing. Airbus remains firm on the fact that the A330neo family is an excellent replacement aircraft for the Boeing 767 family.

Just before the announcement was made firm, photographers around Toulouse captured the first Delta A330-900, which had rolled out of final assembly. The aircraft is registered F-WWKF for testing purposes and will be handed over to the airline as N401DZ. 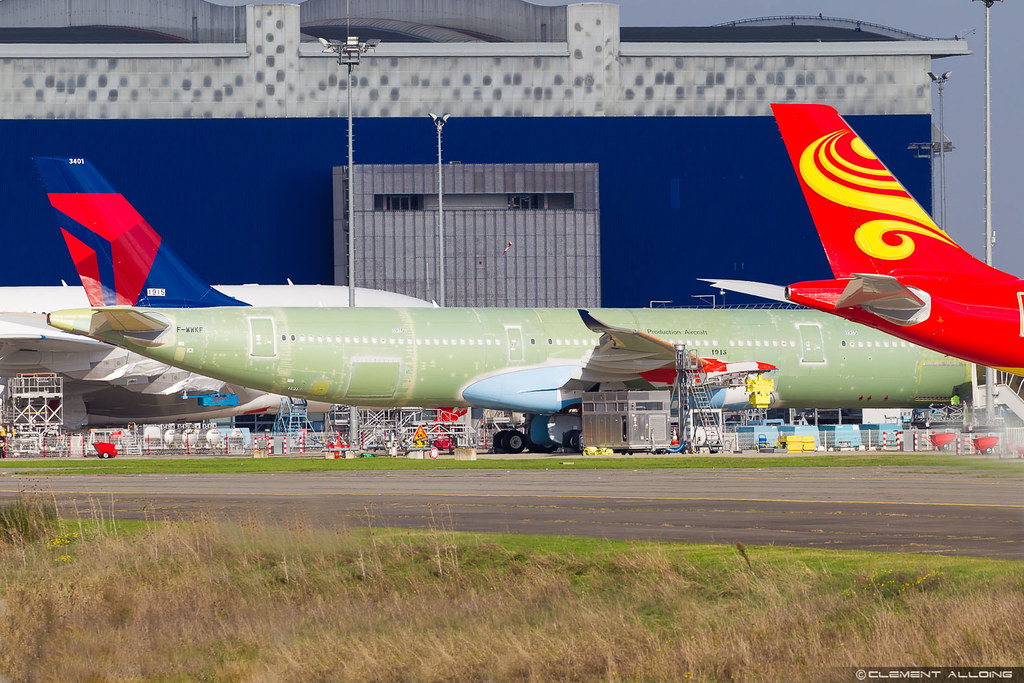 Despite the A330neo being roughly one year behind schedule, TAP Air Portugal expects to receive their aircraft in coming days, after Rolls-Royce successfully secured ETOPS approval for their Trent 7000 engines, which exclusively power the A330neo. Delays in the engine program have forced Airbus to adjust its delivery schedule, however this is not expected to be a major issue.

Azul isn’t so cheerful and have recently questioned when they will receive their aircraft. Airbus are continuing to work with the airline and Rolls-Royce to ensure deliveries work out, however Azul fears first delivery for them will occur in 2020, rather than next year, making their fleet planning job much harder than it already is.

Their first A330-900 rolled out of final assembly a few months ago and has since been slowly moving around: Airbus and Rolls-Royce expect no major problems to appear on the Trent 7000 that will cause delays, stating the engine manufacturer has rolled out adequate fixes and used different components compared to the problematic Trent 1000 engines.

Delta is confident Airbus will deliver, however declines to speak to any media outlets about any delays that may have popped up.