The week starting the 5th of November is the week Airbus has announced it intends to perform the first flight for the A330-800neo.

Airbus only recently installed the two Rolls-Royce Trent 7000 engines to the first aircraft – MSN 1888 – which wears registration F-WTTO. Since then, the aircraft has had its engines powered up and tested as well as having conducted various ground tests such as rejected takeoffs, brake tests and flight system verification.

The image below from Eurospot on Flickr was taken during the first startup of the engines: 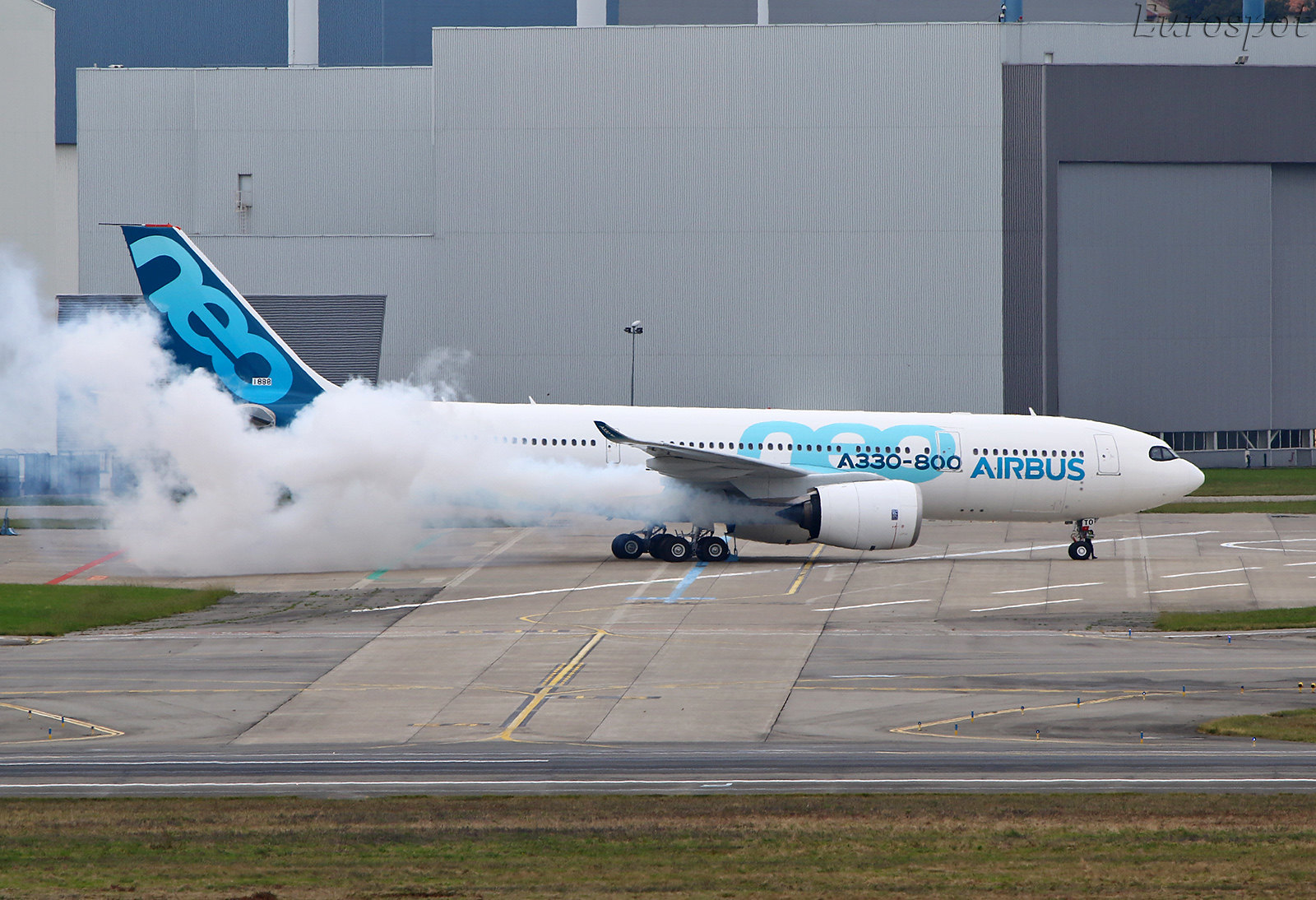 Since the larger A330-900 was used to complete the majority of the heavy tests, the A330-800 will only have to perform roughly 300h of flight testing. This is subject to change as weather patterns and operational requirements play a role in the flying schedule.

Airbus increased the capacity of the aircraft by optimizing the cabin layout, which is based off the Airspace design.

No firm orders exist within the A330-800s order book, only commitments, with Kuwait Airways signing for eight, which you can read about here. Airbus is hoping that by progressing with the flight test campaign, they can get some firm orders and some more customers.

Put simply, the majority of A330s flying today are all relatively young and still worthy of keeping. If an airline wants more, they can order more cheaply and quickly. Because of this, no airline is in a rush to buy the A330neo. Additionally, the fierce competition from the Boeing 787 is putting Airbus in a tricky position.

There has been some hesitation as to whether the A330neo will bring grief to airlines as the engines fitted are related to the Trent 1000 engines that have caused the groundings of 787 fleets worldwide. Airbus and Rolls-Royce have stepped in stating none of theses issues will carry over, however production issues have struck and Airbus has had to adjust A330-900 deliveries due to Rolls-Royce’s delivery plans.

TAP will receive their first A330-900 in the very near future and will accept additional aircraft on the production line once they have engines. Airbus is confident TAP will be pleased by the entry into service.

As for the first flight of the A330-800, further information regarding exact times will be announced by Airbus, including any announcement of cancellation should the weather overwhelm them or the unlikely case of a problem.