With the Airbus A320neo Family in full swing with airlines around the world, the next step is to deliver the first corporate variant, known as the ACJ (Airbus Corporate Jet) 320neo, which has edged closer to this milestone by performing its maiden flight.

MSN 8403, registered D-AVVL, took off from Airbus’ Hamburg Finkenwerder facility, where it performed standard first flight testing. After 2 hours and 41 minutes in the air, the aircraft returned to its departure airport. Two CFM LEAP-1A engines power this particular aircraft.

The ACJ320neo will undergo a very short test campaign to verify its small modifications, which include additional fuel tanks in the cargo hold and increased cabin pressure. Once complete and all customer flights have been performed, Airbus will hand the aircraft to AMAC, who will outfit the aircraft in the desired ACJ configuration. Once that is complete, Acropolis will take the aircraft. 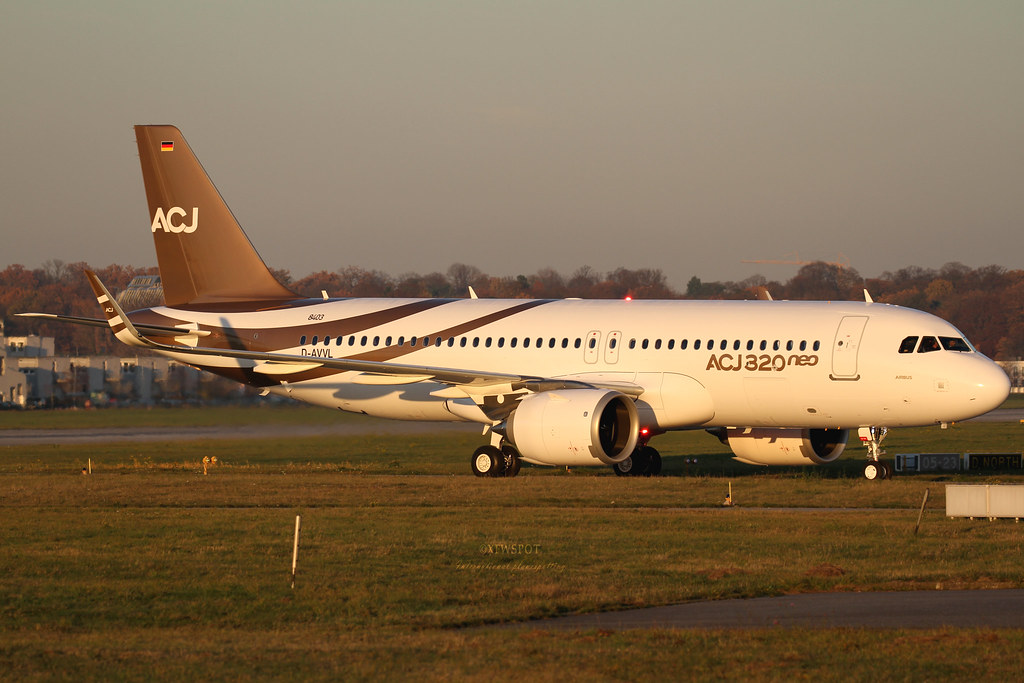 ACJ President, Benoit Defforge, reflected on the maiden flight in the following statement to media:

“The ACJ320neo first flight heralds a new Airbus corporate jet era, delivering a range improvement that enables nonstop travel between even more cities, in what is widely recognized as the best cabin of any business jet. The ACJ320neo Family’s improved fuel-efficiency also means that is compares even more favorable in operating costs with traditional business jets”.

Additional members in the Airbus ACJ family include the VIP ACJ330neo and ACJ350 XWB.

You can watch the maiden flight here:

Overall, Airbus has 190 corporate jets in service around the world, all benefiting from support from airlines that operate the A320/A320neo Family and ACJ specific services.