Just last week we found out that Royal Air Maroc would be joining the Oneworld alliance making them the first full-fledged airline to join the alliance in the last five years. They won’t officially join until mid-2020.  Today the airline marks another historic moment as they took delivery of their first 787-9 (CN-RAM). The plane will feature 302 total seats across 2 cabins, up 30 seats from the 787-8. The long haul fleet of Royal Air Maroc looks as follows:

To commemorate the new aircraft type, the very first Royal Air Maroc 787-9 will feature a special livery.  The airline has put together the following video to show off the new colors. I personally love it as the original livery has a rather uninspired look to it and this just feels fresh.

With the new plane comes a brand new business class, and Royal Air Maroc decided to follow the industry standard by installing B/E Aerospace Super Diamond seats. The seats are all direct aisle access and lie fully flat. According to the Boeing press release “Passengers in business class will have three seat options, including ‘full flat’ and ‘full privacy’.” This is the same product that can be found aboard American Airlines 787-9 and the on all of the Virgin Australia fleet. 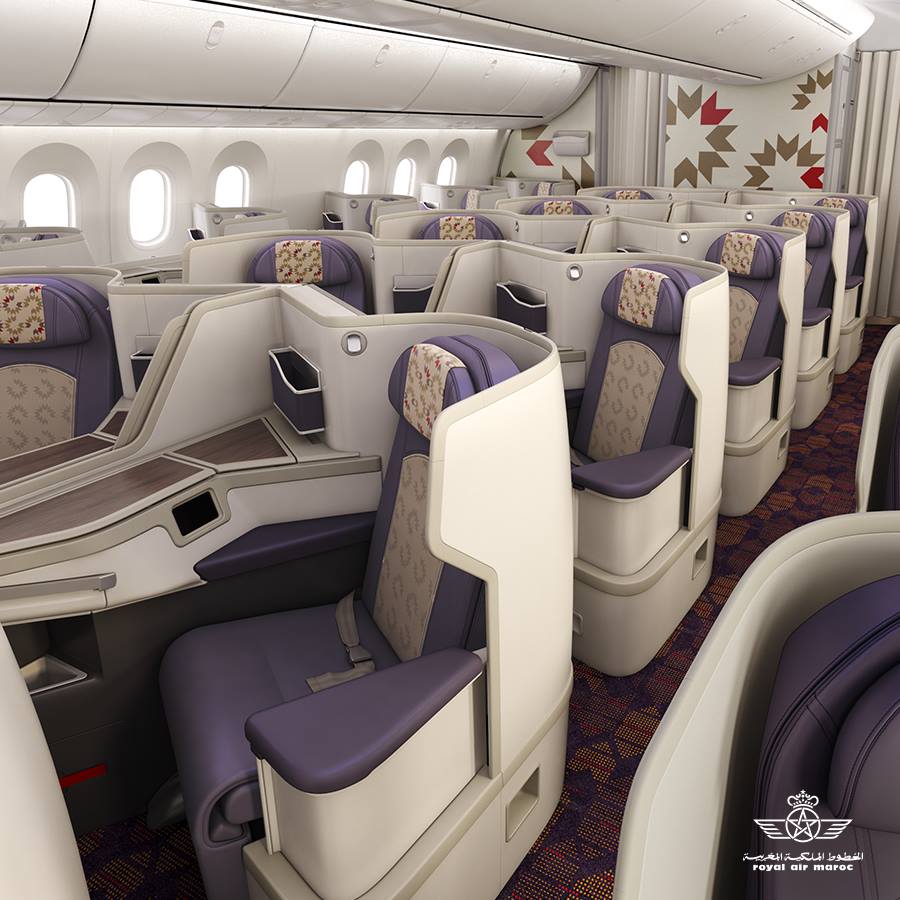 The interior color scheme on the plane is unique and a huge step up from the 787-8 business class which is set up with just 3 rows of 2-2-2 seating. The seats on the 787-8 also alternate with differentiating heights when fully reclined based on seat location making it one of the more unique seating options. It doesn’t look like the airline has plans to refit any existing 787-8’s with the new product. Royal Air Maroc will begin flights with the 787-9 on December 21, 2018 for flights between Casablanca (CMN) and New York (JFK). The airline has announced plans to also fly the plane to Paris (Orly) and Sao Paulo. The remaining 787-9’s are expected to be delivered in 2019. To find the expected plane’s schedule, check Expert Flyer. The plane appears to be flying to New York (JFK) about every other day to begin with.

The airline will begin flights to Miami (MIA) and Boston (BOS) next year. Its unclear which 787 aircraft will be flying to those destinations.