As Delta Air Lines introduces new aircraft into their fleet, new, more advanced engines tag along too. In order to keep up to date with the advancements in engine technology, Delta opened up a new state-of-the-art engine shop in 2018 to not only support their brand new aircraft such as Airbus A350s and A330neos, but also those of their joint venture partners, such as Virgin Atlantic.

Following ongoing Rolls-Royce Trent 1000 issues, Rolls-Royce and Delta signed an agreement to allow the facility to work on the engine to help reduce the repair strain on the manufacturer. Delta TechOps – their maintenance division – saw this as not only an opportunity to learn about an engine that is similar to the Trent 7000s and Trent XWBs that power their A330neos and A350s, but also as a way to to secure maintenance deals from other operators. The work on the engine started late last year and has only just been returned to service with Virgin Atlantic, which Delta has a 49% shareholding in. Engineers mainly focused on the intermediate compressor section of the engine, replacing faulty/potentially faulty blades with the newer ones Rolls-Royce recently began rolling out.

You can read more about the new blades here:

Airbus and Delta recently published their excitement about Delta’s first A330neo, which recently rolled out of the paint hangar without engines. The aircraft will be used to replace ageing Boeing 767 fleet, which is powered using a mix of General Electric and Pratt and Whitney engines.

Clement Alloing took this great photograph of Delta’s first A330-900 in Toulouse: 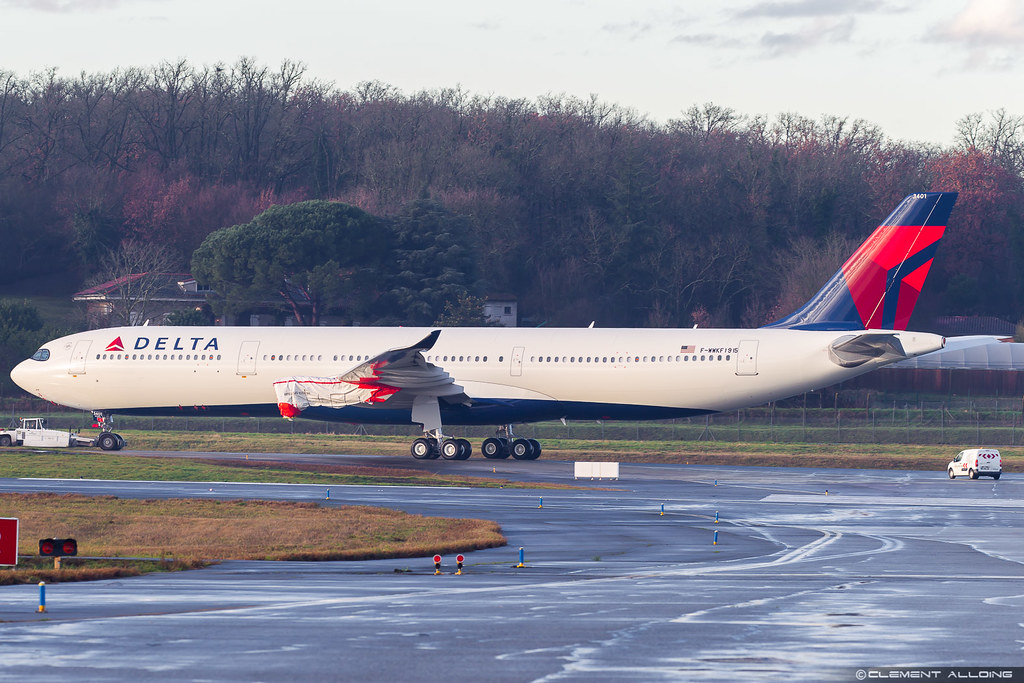 TechOps has a workforce of over 10,000 engineers, technicians and support employees who provide full-service maintenance to more than 850 Delta aircraft and their engines as well as 150+ other airlines, cargo operators, military operators and government aircraft.

As more new aircraft arrive and skills are developed on new engines, the overall maintenance completion time is set to decrease greatly, with the new environment and tools available at the new facility.

Sam Chui visited the Delta Air Lines museum, which also included a tour of their operations and maintenance division. Watch the video here: